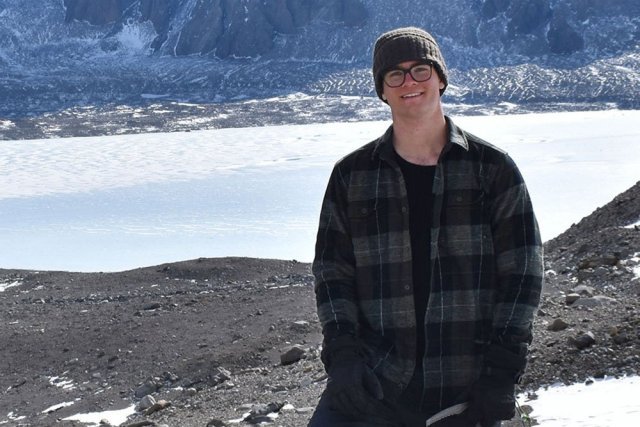 Studying + Life At Union = The Perfect Combo For Students To Prosper

Elliot Steel, a Union College resident from 2013 until 2015, graduated from The University of Queensland in 2017 with an Honours Degree in Geophysics. Elliot credits the college with the start it gave him both at university, as well as in his career, which has included both scientific research and the provisioning of professional services.

Elliot moved to Union College from Canberra in order to study Engineering and Physics. However, at the conclusion of his first year of study he decided to change his major. Believing that some of the most pressing problems facing Australia, and the planet, relate to our use of natural resources, Elliot decided to utilise his background in Mathematics and Physics to study Earth Systems. This decision led Elliot down the path of scientific research both at university and subsequently.

During his university summers, Elliot conducted research with his faculty, interned with BHP in Central Queensland and travelled to the US to work at NASA where he wrote a paper on Enceladus (one of Saturn’s moons).

During his residency at Union College, Elliot was part of the Resident Mentor Team, performing the role of Resident Tutor for two years. During his tenure, Elliot was instrumental in increasing resident participation in the tutorial program and peer-tutoring processes. His involvement in community life extended well beyond his own academic pursuits as he was also passionate about the many extracurricular activities available at Union.

In every year of his residency, Elliot participated in cross-country and rowing for the college and also convened both rowing and debating in his second year. Elliot also indicated that a personal highlight was achieved when participating in Dance-fest with more than 70 other Union College residents in 2014.

After graduating with Honours from The University of Queensland, Elliot was fortunate to spend six weeks studying extremophilic life in the Antarctic. During this expedition, he joined a multi-disciplinary, multi-national team of researchers investigating local climatic shifts and the extreme conditions under which life could survive.

Now working in Sydney as a consultant with McKinsey & Company, Elliot remains passionate about science, education and the future of energy. He hopes to make substantial contributions to these disciplines as his professional life continues to evolve and flourish.